Menu
Back to Crosswords

Was Whoopi wrong about the “Jewish race”?

National origin discrimination preserves the infamy of the Holocaust 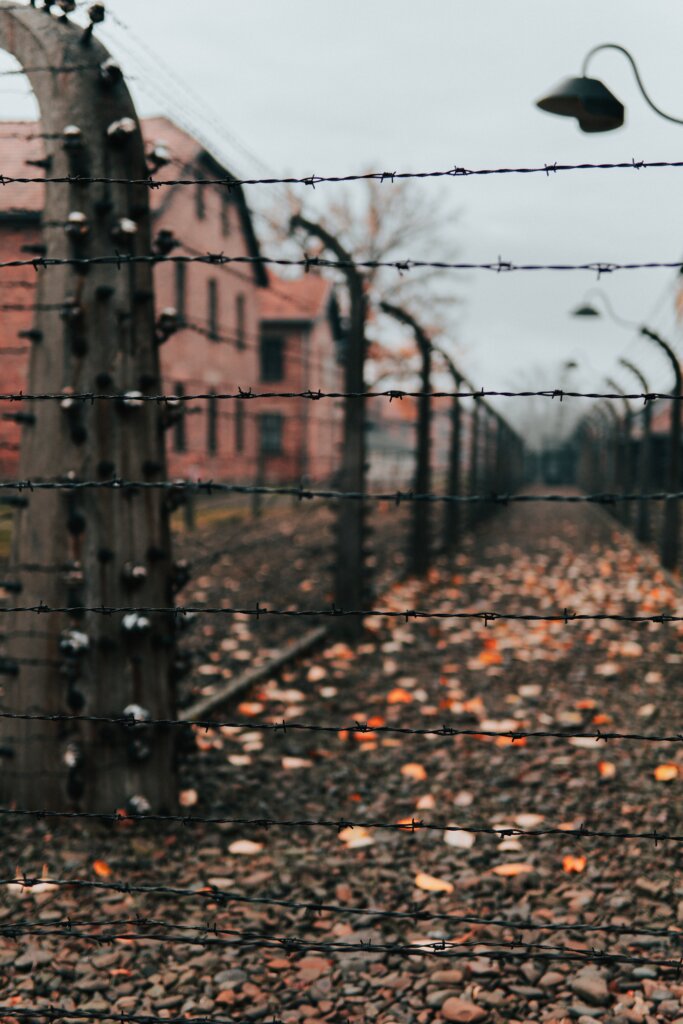 Racism is often, but not always, based on race. When enforcing the nation’s anti-discrimination laws, I investigated racist acts based on race, color, and national origin. The limitations—and potential pitfalls—of relying solely on the term race to understand and explain racist behavior was apparent in the aftermath of Whoopi Goldberg’s comments about the Holocaust on “The View.”

To recap, Goldberg and her co-hosts were discussing a Tennessee school board’s decision to ban Maus, the Pulitzer Prize-winning graphic novel about the Holocaust, and the broader context of white people removing books that depict whites unflatteringly. Goldberg jumped in saying,

If you’re going to do this, then let’s be truthful about it, because the Holocaust isn’t about race.

When pressed on what the Holocaust was about, she said,

It’s about man’s inhumanity to man.

But it’s about White supremacy, it’s about about going after Jews, and Gypsies and Romas…

To which Goldberg retorted,

These are two white groups of people.

The minute you turn it into race, it goes down this alley. Let’s talk about it for what it is. It’s how people treat each other. It’s a problem. It doesn’t matter if you’re Black, or white, ’cause Blacks, whites, Jews, everybody eats other.

No @WhoopiGoldberg, the #Holocaust was about the Nazi’s systematic annihilation of the Jewish people — who they deemed to be an inferior race.

Goldberg apologized. The world moved on.

Greenblatt’s succinct summary of the Holocaust is unquestionably accurate. Yet, it addresses the question of whether the Holocaust was about race by relying on a problematic Nazi definition of race.

The Merriam-Webster dictionary defines race as,

any one of the groups that humans are often divided into based on physical traits regarded as common among people of shared ancestry.

a group of people sharing a common cultural, geographical, linguistic, or religious origin or background.

In antiquity, all manner of groups were considered to be races. Mary Seacole’s autobiography stated,

many people have also traced to my Scotch blood that energy and activity which are not always found in the Creole race.

this girl, Dolores by name, and a Catalonian by race.

Henry Adams said in his autobiography,

The Yorkshire type had always been the strongest of the British strains; the Norwegian and the Dane were a different race from the Saxon.

And, as Greenblatt referenced in his tweet, the Nazi’s considered the “Aryan race” superior to the “Jewish race.”

Defining these groups as distinct races seems parochial now, as the concept of race has evolved since World War II. In the present day, the number of “groups that humans are often divided into” have winnowed to a handful. Examples of races that comprise the United States population include white, African American, Asian American, Native Hawaiian, and Native American.

The concept of race, and the terms used to describe various races and their members, continue to change rapidly. Hyphens connecting two words in compound race names have fallen into disfavor (e.g., African American). The term POC (People of Color) has given way in recent years to BIPOC (Black, Indigenous, and People of Color). Native people of Alaska and other Arctic regions were once known as “Eskimos,” a word now considered pejorative. Reinstatement of an antiquated definition of race has not been part of these contemporary transformations.

Dated terms do not belong in modern parlance. Language changes over time to reflect modern sensibilities; many terms now considered dated are also offensive. Discussing a historical period prior to when offensive terms were labeled as such does not justify their present-day use.

By failing to acknowledge the historical context, Goldberg mischaracterized the Holocaust. A self-described “master race” enacted tyrannical restrictions through the Nuremberg Race Laws and committed genocide against “non-Aryan” groups. Stating the “Holocaust isn’t about race” ignores these and other critical facts.

Goldberg similarly glossed over an essential element of the Holocaust by stating it was essentially about, “man’s inhumanity to man.” The phrase implies a certain indiscriminate cruelty. The Holocaust was deliberate, targeted—and brutal. Nazi Germany and its collaborators systematically murdered two-thirds of all European Jews as well as millions of ethnic Poles, Roma, gay men, and people with disabilities. Each of these groups was not inadvertently massacred during the war; they were specifically marked for extermination. By attributing this genocide to random acts of barbarism, Goldberg failed to acknowledge that harm fueled by discriminatory intent is more nefarious —and in doing so diminished the importance of Holocaust.

Members of persecuted identity groups are understandably sensitive to labels and definitions laid on them by outsiders. Goldberg, who is not Jewish, undeniably struck a nerve by reframing the most significant event of the 20th century for the Jewish people. I also am not Jewish, although my spouse and children are. I will likely never know what it means to be a member of the tribe. However, my work battling employment discrimination exposed me to a term which captures the racism of Nazis, but avoids relying on their definition of race.

The question of whether national origin is an appropriate term for the Jewish people sprang to the fore in December of 2019 when President Trump passed an Executive Order on Anti-Semitism under Title VI. Title VI only covers discrimination based on race, color, and national origin. The Executive Order, which covers programs and activities receiving Federal financial assistance, provided no protection against antisemitism based on religion.

Rabbis will continue to consider the question of whether national origin is an appropriate term for the Jewish people. Hopefully, those discussions will weigh the merits of embracing a definition of Judaism that provides additional protection under Federal law and reflect on how this term (along with the proper historical context) can provide a way to capture the racism of the Holocaust without relying on dated definitions of race.